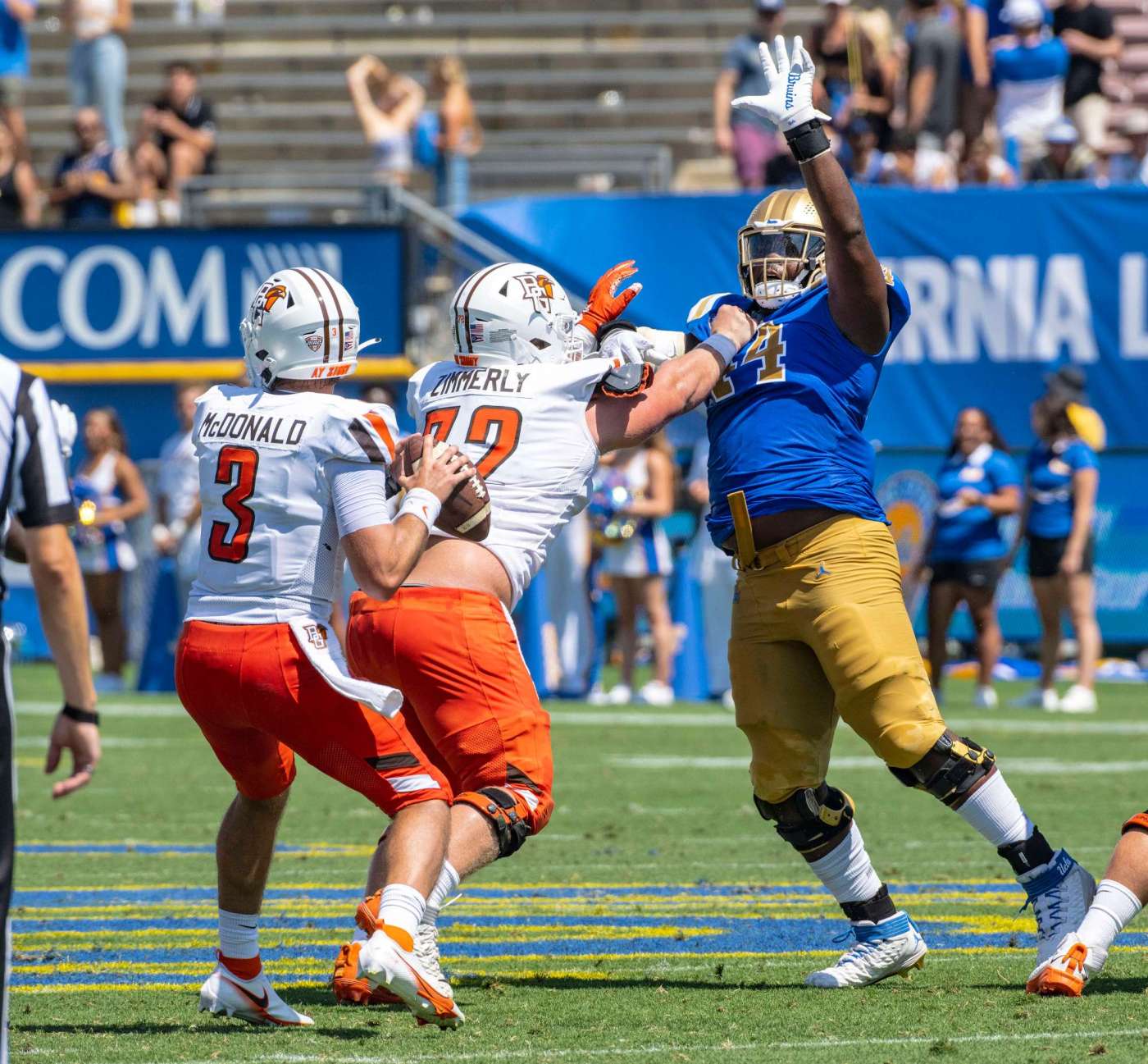 UCLA vs. State of Alabama

UCLA Update: The Bruins got off to a slow start against Bowling Green in the season opener, but scored 38 unanswered points to win comfortably, 45-17. UCLA posted over 626 yards of total offense and Dorian Thompson-Robinson was stellar, accounting for four touchdowns – two through the air and two on the ground. The fifth-year dual-threat quarterback threw for 298 yards and ran for 87 more. … The Bruins held Bowling Green scoreless in the second half and to just 162 yards overall, a welcome sign , as new defensive coordinator Bill McGovern tries to implement his new scheme. … Thompson-Robinson’s favorite target in his first game since Kyle Philips and Greg Dulcich turned pro was Kazmeir Allen. Allen had 10 catches for 85 yards.

Alabama State Update: The Hornets are 2-0 with wins over Howard and Miles College. … This will be the first time in school history that UCLA faces one of the HBCUs (Historically Black Colleges and Universities) and a non-FBS opponent. UCLA added Alabama State to the schedule after Michigan dropped a home-and-home series that was set to begin this year. … In Saturday’s 21-13 win over Miles College, quarterback Miles Crawley was 9-of-18 for 162 yards and a touchdown.