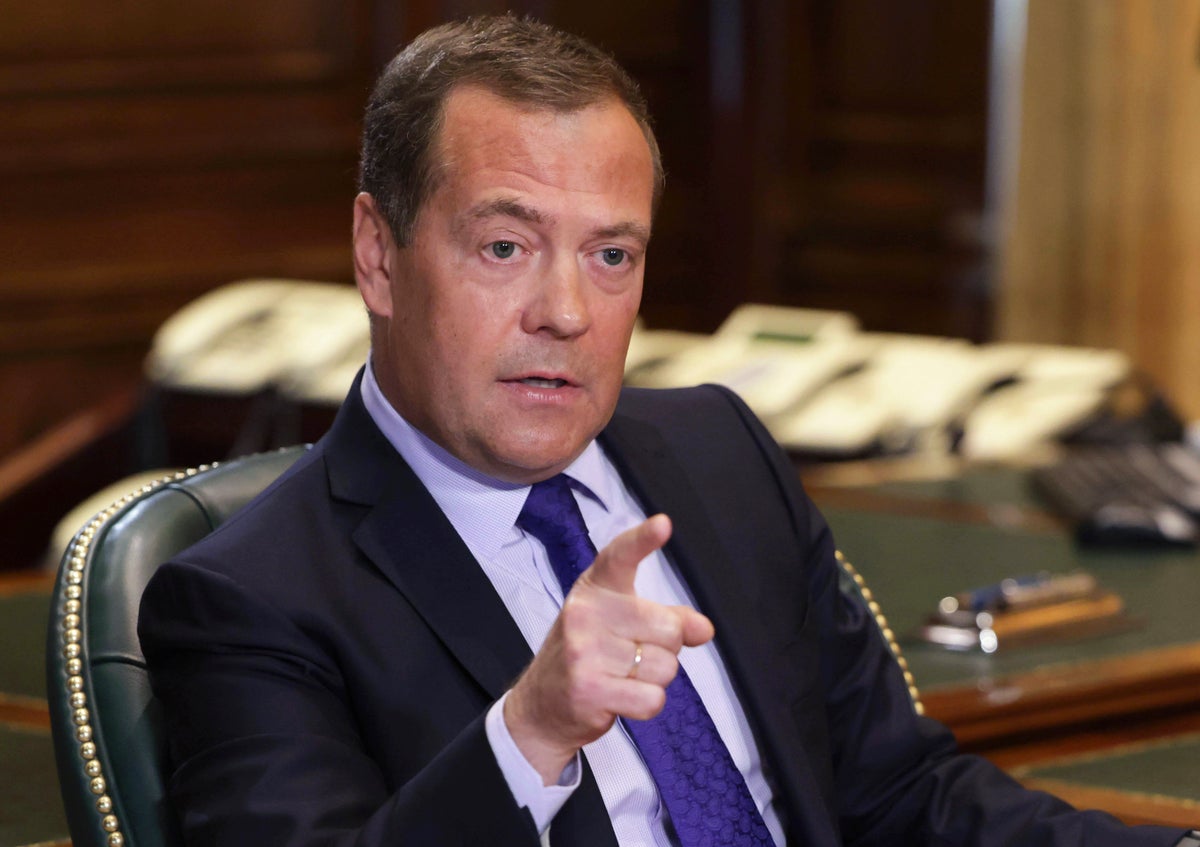 Dmitry Medvedev, a former Russian president and loyalist of Vladimir Putin, has warned that Russia will use nuclear weapons if it believes its territories are under attack.

“Russia is ready to defend the territories added to it by all means, including strategic nuclear weapons,” Medvedev said, referring to planned referendums by Russian-installed authorities and separatists on Ukrainian territory.

Medvedev, now the deputy chairman of Russia’s Security Council, said the votes would take place and there was “no turning back”.

“The Western establishment and all citizens of NATO countries in general must understand that Russia has chosen its own path,” Medvedev said.

His statement came 24 hours after Putin raised the prospect of nuclear war over the conflict in Ukraine, a move condemned by several world leaders, including US President Joe Biden and British Prime Minister Liz Truss at the UN General Assembly in New York.

Putin has warned against “nuclear blackmail”, threatening to respond with the power of his own vast arsenal. He said he was not bluffing about using all means at his disposal to protect Russian territory, in what appeared to be a veiled reference to Russia’s nuclear capability.

“We are talking about partial mobilization, that is, only citizens who are currently in reserve will be subject to conscription, and especially those who have served in the armed forces have a certain military specialty and relevant experience,” Putin said.

His address alarmed many around the world and prompted thousands of Russians to try to flee the country.

Votes in four regions of Ukraine now controlled by Russia will take place over the weekend.

Western nations have said they will not recognize the results of the referendums.