Skip to content
MENU
Gamescott / News / Meet Playing Victim, these are the signs and how to deal with it

Have you ever heard the term playing the victim? Have people around you ever done it?

Playing the victim is an action taken by someone who is proven guilty but blames others and still positions themselves as the victim.

Although these actions are bad habits, but actually there are still many people who do it.

They do this not without reason. There are many reasons why many people like to do it, one of which is not wanting to be seen as the cause of the problem.

As we know, the culture of people in Indonesia and other countries, if someone makes a mistake, then that person will be labeled as the source of the problem or the cause of all the problems that exist.

Because of this, many people are aware that they are making mistakes but don’t want to admit it and end up playing the victim by blaming others.

So what is the victim role all about? What are the signs? And how is it solved? Here is the explanation. According to Wikipedia, playing the victim is the attitude of someone who pretends to be a victim for various reasons such as justifying bullying others, manipulating others, plagiarizing strategies, seeking attention, or not being responsible for the mandate given to them.

Criminals usually avoid responsibility when they make a mistake and pass it on to someone else.

In short, it is an action taken by a person to escape responsibility for his mistakes and pretend to be a victim.

Signs of playing the victim 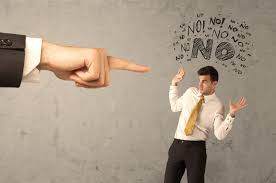 After knowing the meaning of playing the victim, is it time to recognize what the signs are?

Who knows, someone around you has these signs. Or maybe you are one of them.

The first common signs are refusal to admit fault.

Actions taken are always considered correct. They are not aware that these actions have hurt other people.

Although they sometimes realize that what they are doing is wrong, they are reluctant to admit it and even think it is right.

In other words, they always believe that everything they do is right, while everything other people do is always considered wrong.

In addition to being reluctant to admit wrongdoing, a person often points to other people as perpetrators and sees himself as a victim.

In fact, he is the real lead actor.

The purpose of this is to clear his name of all kinds of wrongdoing so that others may believe that he is a saint.

3. Get rid of responsibility

If you make a mistake, big or small, the main thing to do is to take responsibility for correcting it.

However, not with a victim who actually plays, who runs away from responsibility.

When he made a mistake, he assigned someone else to fix it.

This is because a playing victim is afraid of not being able to solve a problem of their own making, so it is delegated to others.

In order to gain sympathy and support from others, a playing victim will not hesitate to manipulate the situation.

He will create a drama with story dialogues that he composes from his point of view.

No wonder he is very good at talking, so when he tells lies and manipulations, everyone who hears will believe him.

Amazingly, it will make others feel guilty for wrongdoing.

When a playing victim is in trouble, he always feels that he is very pitiful.

He thought the world was very cruel and never on his side.

When he feels he is the most suffering person in the world, he will exaggerate the suffering. So other people will feel bad.

He forgets that everyone has problems, not just him.

People who like to think of themselves as victims usually lack courage and strong self-confidence. So he always considered himself a weak victim.

An example is when a person tries hard to achieve a dream but fails, he will consider himself a victim of life’s cruelty.

So, he will continue to blame the circumstances and not have the strong confidence to try again.

A gambling victim will feel emotional and upset when they fail to do something.

He is also often jealous and angry at the happiness and success of others.

In addition, his inability to cope with adversity can make him feel down and constantly feel like a victim. Even though people who play the victim are very annoying, but we can’t let them.

We also need to be able to overcome it so that this behavior does not harm many people.

Here are some ways to deal with playing the victim.

Building good communication is the main way to overcome any problem, including overcoming playing victims.

Poor communication can lead to misunderstandings that eventually lead to disagreements.

When communicating with a playing victim who always feels like a victim, let him express his feelings.

Then invite him to look at a problem from two sides, not just one side.

Try to find out why the person is playing the victim and does not want to admit their mistake.

He might have a big problem that he can’t afford to deal with.

3. Trying to help her

Once you know the cause or reason why someone is playing the victim, you can help them solve the problem.

As previously explained, a gambling victim usually lacks confidence and is afraid to face difficulties.

Therefore, help him out of fear and distrust by continuing to encourage and help solve the problems at hand.

From the above explanation, we can conclude that playing the victim is a bad act that is done because of lack of self-confidence.

Someone who likes to do these actions actually needs help from the person closest to them.

Because, they do this because there is a sense of inability to solve a problem, so they need someone else to help them.

However, because there is a sense of shame and prestige, they eventually run away from responsibility and delegate the problem to someone else. Meanwhile, the perpetrator immediately washed his hands and did not want to know.

For this, build self-confidence as early as possible so that we can face a problem without having to delegate it to others.

And if there are people close to you or people around you who often do these actions, help them solve the problem.