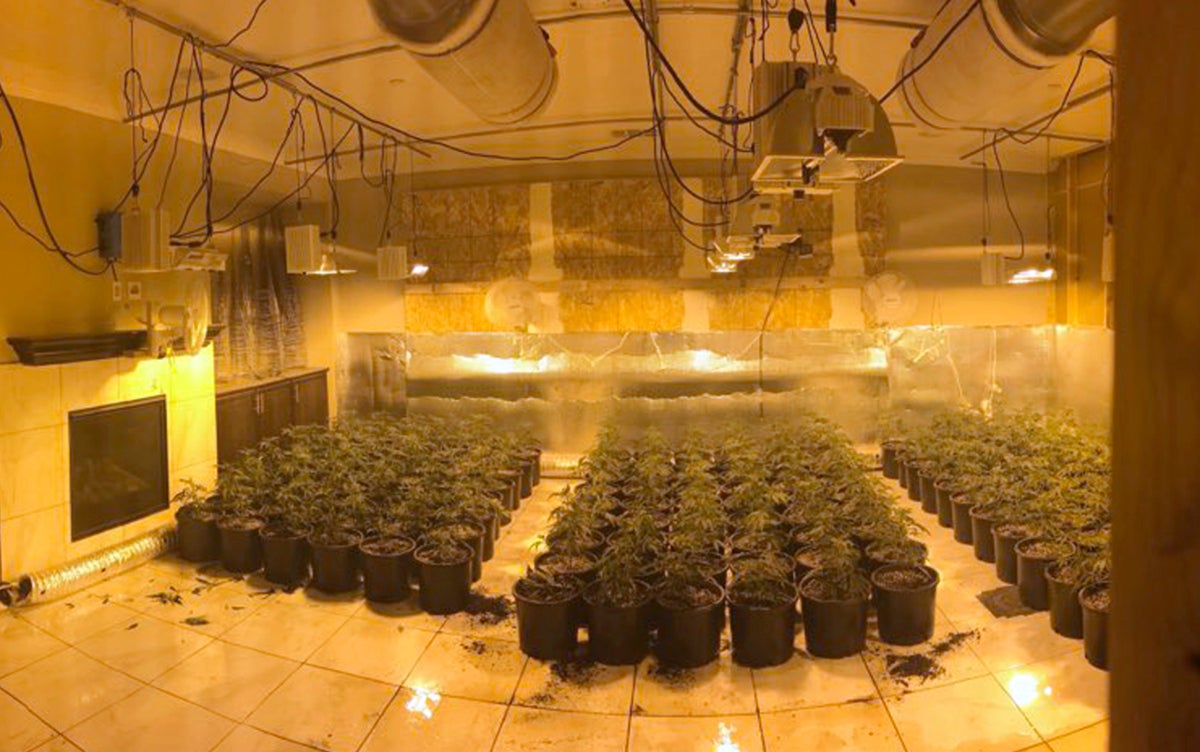 The extraordinary use of electricity has long been a telltale sign of illegal grow houses that produce thousands of marijuana plants hidden in seemingly ordinary homes.

But a lawsuit filed by a data privacy watchdog says a Northern California utility went too far by racially profiling Asian communities because it routinely provided information about customers’ energy use to police without asking a warrant or any suspicion of wrongdoing in violation of state law.

The data disclosure deliberately targeted Asian Americans, with disproportionate penalties resulting against those of Asian descent, the suit says.

The trial illustrates a flashpoint in law enforcement’s efforts to combat illicit drugs.

In 2018, federal and state law enforcement agents seized about 100 homes in Northern California that they suspected were bought with money transferred to the United States by a China-based criminal organization, one of many such actions against alleged perpetrators of Asian origin.

Earlier this year, Asian Americans filed at least two lawsuits against the Siskiyou County Sheriff, alleging racial bias, particularly against the Hmong community, in his department’s effort to crack down on large-scale illegal marijuana cultivation.

Sacramento’s municipal utility district searched entire zip codes with energy use information for the Sacramento Police Department, but left out homes in a predominantly white neighborhood, the lawsuit says. And a police analyst removed non-Asian names from a list provided by the utility, sending only Asian-sounding names for further investigation, the suit claims.

The mass disclosure “turns his entire customer base into potential leads for the police to pursue,” the suit says. The utility is said to “liberally disclose” customers’ social security, driver’s license and phone numbers.

SMUD and Sacramento police said they could not comment on pending litigation, but SMUD spokeswoman Lindsay VanLaningham denied any wrongdoing.

“We agree that our customers’ usage data should (and is) handled with care,” she said Thursday, but said state law allows and sometimes requires the sharing of information with law enforcement agencies.

“We share information about certain properties to stop what we have identified and believe to be energy theft and when requested to do so as requested by local law enforcement to assist with their investigations,” she said in an email.

“We look forward to being available for questions once the legal proceedings are complete,” Sacramento Police Sergeant Zach Eaton said.

The lawsuit was filed Wednesday by the Electronic Frontier Foundation, a watchdog organization, on behalf of the non-profit Asian American Liberation Network and SMUD client Khurshid Khoja, who is described as an Asian-American resident of Sacramento who advocates for the cannabis industry. and cannabis rights advocate.

Megan Sapigao, co-executive director of the network, said that “the mass surveillance program is illegal, promotes harmful stereotypes and has an overwhelming impact on Asian communities.

“It is unacceptable that two public agencies would carelessly violate state law and the privacy rights of utility customers, and even more unacceptable that they targeted a particular community in doing so,” she said in a statement.

EFF Senior Counsel Aaron Mackey said the foundation is not aware of any other public utilities in California that share data in the same way as SMUD.

Private utilities such as Pacific Gas & Electric, Southern California Edison and San Diego Gas & Electric do not have access to disclose customer utility data to law enforcement without a court order under state law and California Public Utilities Commission rules, he said.

Public utilities like SMUD are not regulated by the commission, but state law prohibits them “from disclosing entire neighborhood data to law enforcement absent a court order or an ongoing investigation,” Mackey said.

Southern California Edison policy generally requires a warrant or subpoena to share information with law enforcement. The other two major private utilities did not immediately respond to questions from The Associated Press about whether they have similar information-sharing programs, and the California Public Utilities Commission did not comment.

The lawsuit comes as officials struggle to crack down on illegal cannabis crops, which are preventing the growth of licensed, legal recreational marijuana production that California voters approved in 2016.

Law enforcement often discovered illegal grow houses because of their extraordinary use of electricity to power high-intensity lights, fans and other devices to grow thousands of marijuana plants, often allowing for multiple harvests each year.

Sometimes the information came when houses caught fire due to illegal electrical connections.

Sacramento officials estimated in 2017 that there could be as many as 1,000 illegal grow houses in California’s capital.

The foundation said the crackdown “has been very profitable” for Sacramento because a 2017 city ordinance allowed police to impose large fines on property owners where marijuana was found.

The city issued nearly $100 million in fines in just two years, the foundation said, about 86 percent of them to people of Asian descent.

The breach of privacy is more acute with the proliferation of “smart” meters that send information about energy use to the utility several times a day. That information, collected in 15-minute increments or less, can provide “a detailed picture of what’s going on in a home,” the foundation said. “It can provide inferences about private daily routines, such as which devices are used, when they are used, and how this changes over time.”