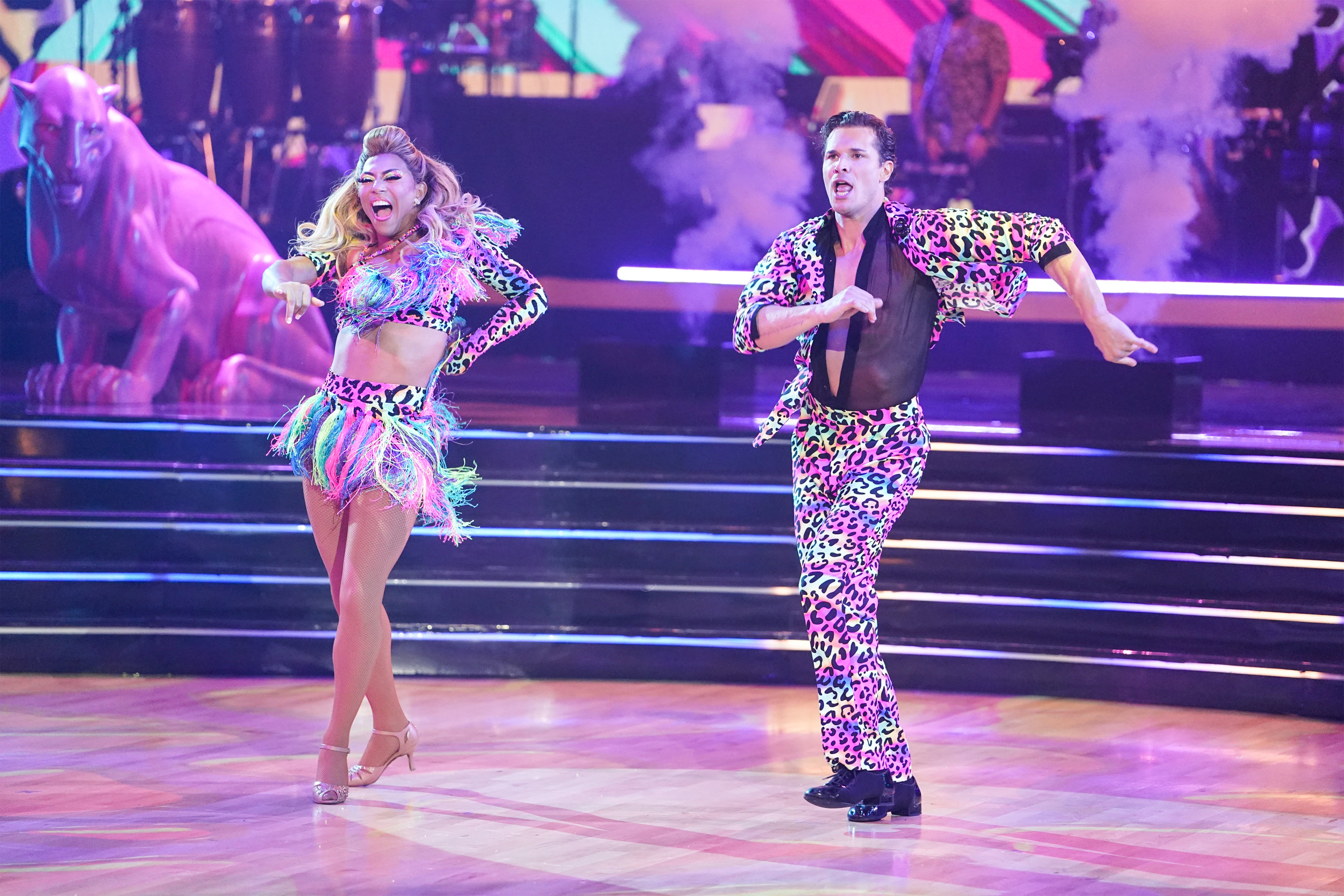 Drag performer and “RuPaul’s Drag Race” alum Shangela made history Monday night on the hit show “Dancing With the Stars.”

In the show’s 31st season premiere, Shangela, whose real name is DJ Pierce, became the first drag queen to compete on the American version of the international franchise.

“My heart was beating like crazy, but when the announcer guy started the intro, in my head I went into full Beyoncé Super Bowl mode,” Pierce wrote on Instagram Tuesday. “We wanted to give you a moment worthy of all your love and support, and also show people who may not be familiar or lovers of drag queens, that we belong and know how to transform The Party! Keep cheering, watching and voting because we’re in this together, hopefully all the way to the finals!”

Pierce and his dance partner, Russian-American dancer and choreographer Gleb Savchenko, received a standing ovation after their stunning salsa performance to the Pussycat Dolls’ “When I Grow Up.” The duo earned sevens from all four judges, the fourth highest score among the 16 dance partners who performed.

“I’ve never had anyone like Shangela,” Savchenko, who has been on the show since its 16th season, said in an interview with E! News. “So it’s going to be extra, extra, extra special.”

Savchenko and Pierce — who play Shangela but identify as a man and use the pronouns he/he — also make history as the first male couple to compete on the US franchise, which will now air live on Monday, at 8 p.m. ET on Disney+.

The international “Dancing With the Stars” franchise is no stranger to bending gender norms. Last season, dancer and pop star JoJo Siwa made history as the first contestant in 30 seasons of the US show to compete with a person of the same sex. And in 2018, gay fashion designer Giovanni Ciacci and his dance partner Raimondo Todaro made history on the Italian version of “Dancing With the Stars” as the first male couple to regularly compete throughout the season.

The new season of the US show premiered on Monday as a full two-hour program featuring performances by 16 dance couples judged by four renowned ballroom experts and hosted by Tyra Banks and Alfonso Ribeiro. Dancers can earn up to 40 points from the judges’ combined scores. These points are combined with viewer votes to determine who stays on the show and who is eliminated.